AAA: The 100 Deadliest Days for Teen Drivers Have Begun

“Now that the CDC has lifted many pandemic restrictions, young adults are eager to reconnect with friends, which means young inexperienced drivers will spend more time on the roads,” said Megan Cooper, spokeswoman for AAA – The Auto Club Group. “This increases the chances that they’re involved in a crash, and for every mile driven, new teen drivers (ages 16-17 years old) are three times more likely to be involved in a deadly crash compared to adults.”

Traffic crashes are the leading cause of death for U.S. teens ages 16-19.  In fact, six teens are killed each day in crashes that are entirely preventable.  Per miles driven, teen drivers are nearly three times more likely than drivers aged 20 and older to be killed in a crash. Even the best and brightest teens have increased risk of being involved in a deadly crash.

“Teens lack the experience, skills and maturity of a seasoned driver, which contribute to an increase in the chance that there will be a deadly outcome, not just for the teen driver, but also for any passenger as well as others on the road,” Cooper continued.  “So we all have a vested interest in ensuring that teens are safe behind the wheel.”

Understanding the risks and knowing the facts will prepare both you and your teen for the road ahead: 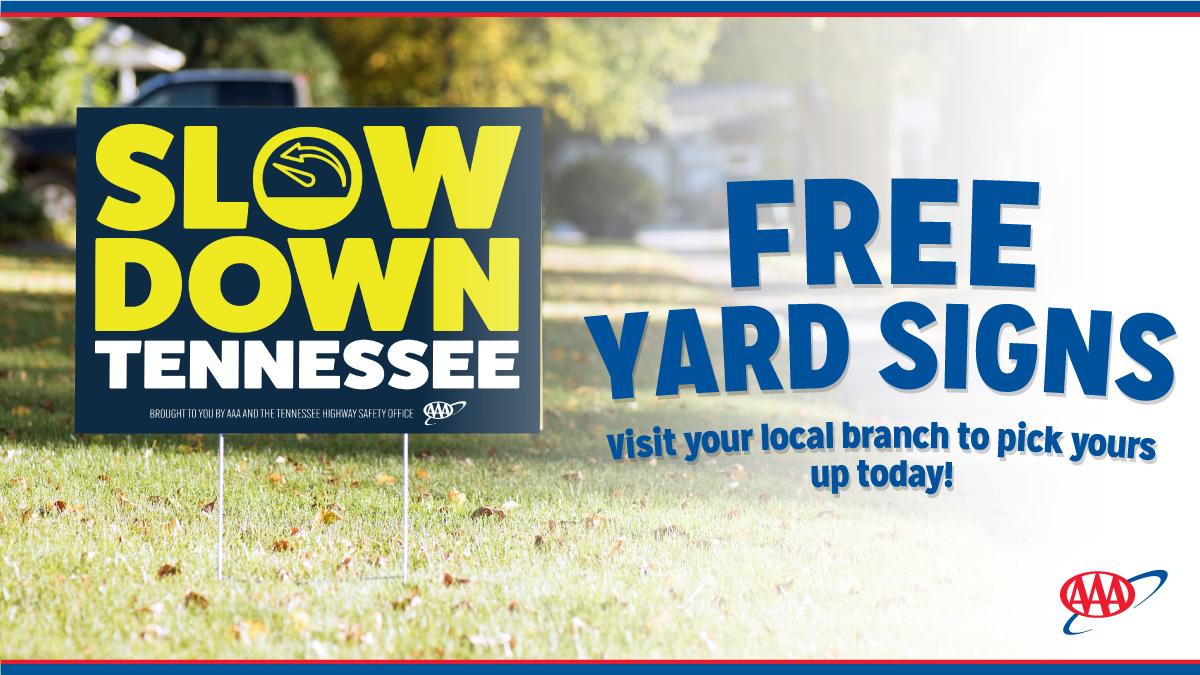 To support safe driving in communities across the state this summer, free Slow Down Tennessee yard signs are available at AAA branches while supplies last.

Visit your local AAA branch Monday – Friday from 9-5 to get yours. (Limit 2 signs per person)