With this passage, the penalty increases from $100 to $200. If there is a second violation within five years, the Department of Highway Safety and Motor Vehicles (DHSMV) may also suspend the offender’s driver’s license for 6-12 months.

The bill also raises the penalty from $200 to $400 for passing a school bus on the side where children enter and exit the vehicle. The DHSMV may also suspend the offender’s driver’s license for 1-2 years, if there is a second violation within five years.

“Drivers who illegally pass a stopped school bus are either in a hurry or just don’t understand the variables of the law; either way, this is a reckless act that endangers Florida’s children,” said Mark Jenkins, spokesman, AAA – The Auto Club Group. “AAA supports this new bill which will hopefully encourage drivers to fully understand the rules of the road and keep our children safe.”

Number of Illegal School Bus Passes in a Single Day

According to a Department of Education survey of more than 10,000 Florida school bus drivers, there were allegedly 12,749 illegal passes of school busses on a single day in 2019. Of these illegal passes:

According to data from the National Highway Traffic Safety Administration, from 2007-2016:

"AAA would like to especially thank the sponsors of this legislation, Senator Ed Hooper, Representative Ardian Zika and Representative Emily Slosberg on the passage of this bill,” Jenkins said. 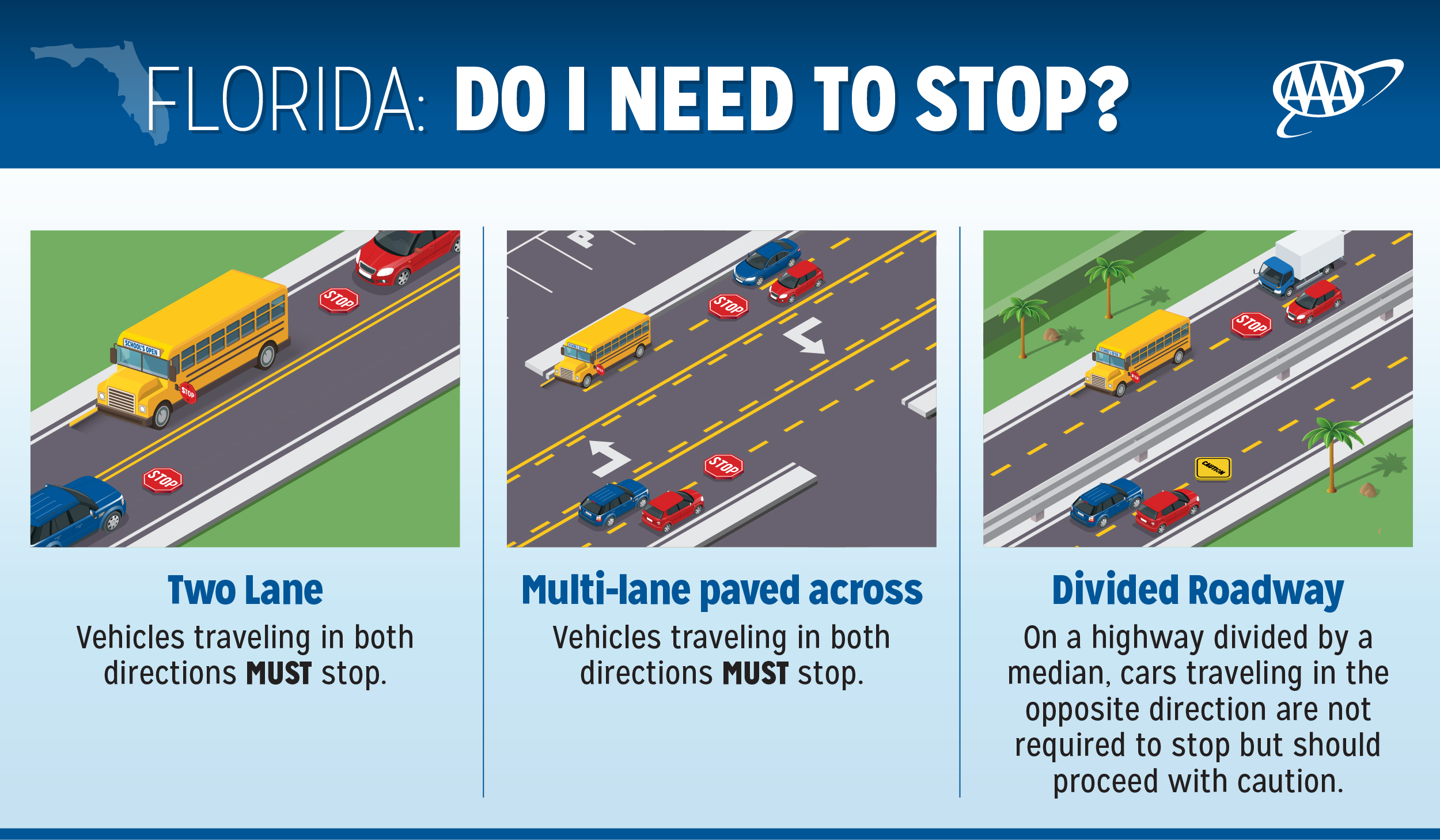