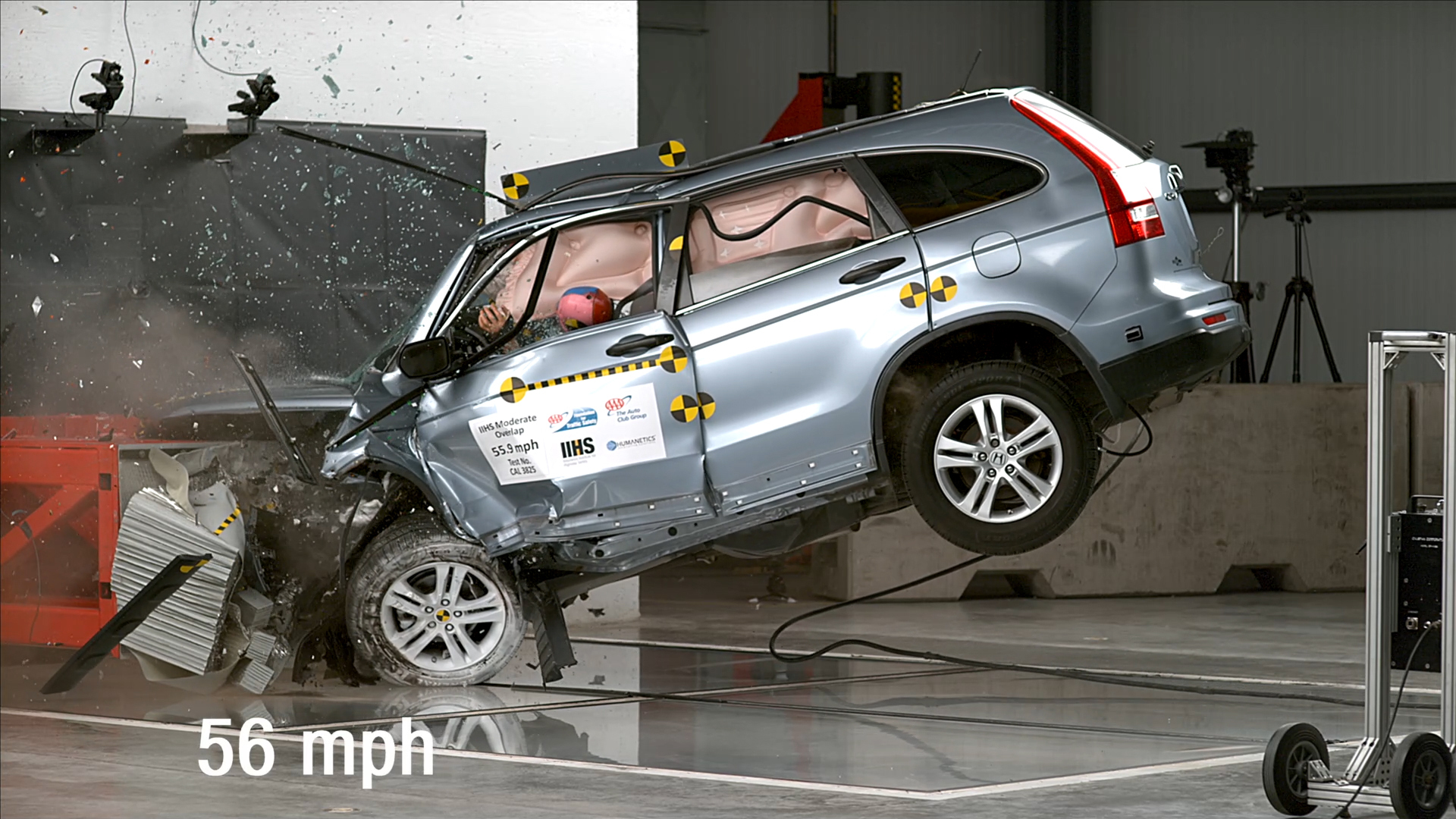 Although the Covid-19 pandemic may be causing Americans to drive less, many of those who do get behind the wheel are apparently driving faster. NHTSA shows a median 22% increase in speeds in select US metro areas in 2020 compared to 2019. AAA cautions drivers that slightly higher speeds reduce the effectiveness of safety equipment and increase the driver’s risk of severe injury or death. 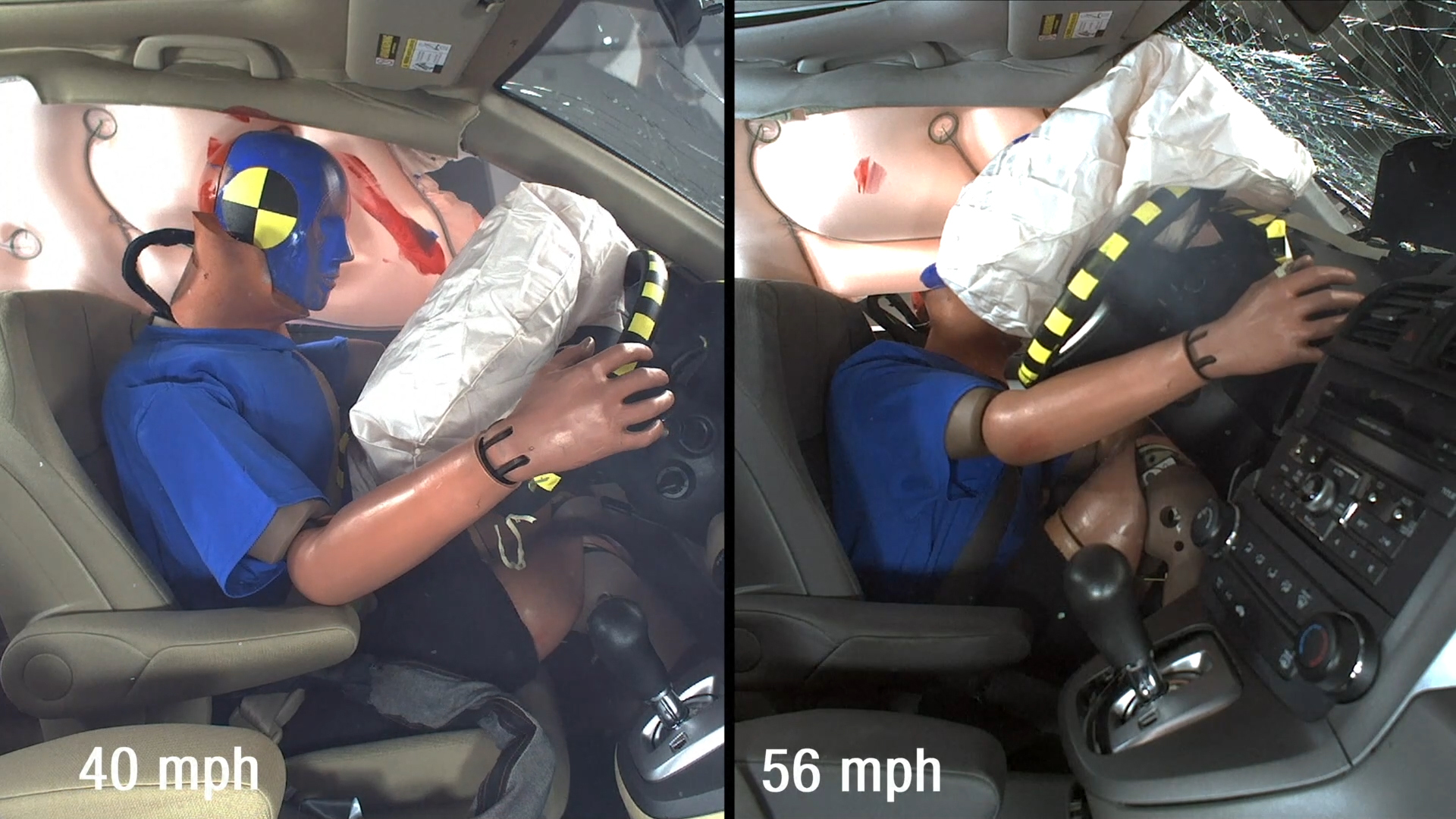 At 56 mph, the vehicle interior was significantly compromised, with the dummy’s sensors registering severe neck injuries and a likelihood of fractures to the long bones in the lower leg.

“A speeding driver may arrive at their destination a few minutes faster, but the tradeoff of getting severely injured or even losing one’s life is not worth the risk," said Mark Jenkins, spokesman, AAA – The Auto Club Group.

About the research testing:
The research tests were conducted following the same protocol that is used for the IIHS moderate overlap evaluation; only the speed was varied. With a test dummy representing an average-sized male in the driver’s seat, the cars were crashed with 40 percent of the vehicle’s front on the driver side overlapping the barrier.

AAA Foundation for Traffic Safety:
Established in 1947 by AAA, the AAA Foundation for Traffic Safety is a nonprofit, publicly funded, 501(c)(3) charitable research and educational organization. The AAA Foundation’s mission is to prevent traffic deaths and injuries by researching their causes and by educating the public about strategies to prevent crashes and reduce injuries when they do occur. This research develops educational materials for drivers, pedestrians, bicyclists and other road users.

About IIHS:
The Insurance Institute for Highway Safety (IIHS) is an independent, nonprofit scientific and educational organization dedicated to reducing the losses — deaths, injuries and property damage — from motor vehicle crashes. For more information, visit iihs.org.

About Humanetics:
Humanetics is the global leader in the design, manufacture and supply of biofidelic crash test dummies, calibration equipment, crash sensors instrumentation, software modeling and active safety testing equipment. Its devices and simulation software are used to develop safety systems in vehicles, aviation and space rockets. In the automotive sector, Humanetics serves 100% of the OEMs and Tier I safety suppliers worldwide.  For more information, visit humaneticsgroup.com.

About AAA - The Auto Club Group:
The Auto Club Group (ACG) is the second largest AAA club in North America with more than 14 million members across 14 U.S. states, the province of Quebec and two U.S. territories. ACG and its affiliates provide members with roadside assistance, insurance products, banking and financial services, travel offerings and more. ACG belongs to the national AAA federation with more than 60 million members in the United States and Canada. AAA’s mission is to protect and advance freedom of mobility and improve traffic safety. For more information, get the AAA Mobile app, visit AAA.com, and follow us on Facebook, Twitter and LinkedIn.