AAA Finds Better Behavior behind the Wheel, But There’s Room for Improvement

AAA Finds Better Behavior behind the Wheel, But There’s Room for Improvement 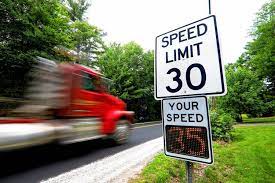 ATLANTA, GA. (October 28, 2021)—A new report finds unsafe driving behaviors, including red-light running, drowsy driving, and driving impaired on cannabis or alcohol, have declined in the past three years. Some dangerous driving behaviors have fallen more than others, with drivers still admitting to speeding and using a handheld cell phone, posing a danger on the roadways, according to new survey data from the AAA Foundation for Traffic Safety. As more Americans return to the daily commute, AAA reminds all motorists to practice safe driving behaviors by focusing on the task of driving, keeping their eyes on the road and hands on the wheel.

“Based on self-reported driving behaviors from our annual survey of traffic safety culture, it is encouraging to see more drivers recognize the danger of certain activities behind the wheel,” said Dr. David Yang, executive director of the AAA Foundation for Traffic Safety. “However, the ultimate goal is to see the majority of drivers form safe driving habits and practice them.”

The new data are from the AAA Foundation’s annual Traffic Safety Culture Index (TSCI), highlighting the gap between drivers’ attitudes and reported behaviors. The following shows some of the improvements in unsafe driving behaviors from 2018 to 2020.

* indicates a change is statistically significant at the 95% confidence level

While fewer Americans took to the roads in 2020 due to the pandemic, those that did appeared to take greater risks. The National Highway Traffic Safety Administration (NHTSA) found that an estimated 38,680 people died in motor vehicle traffic crashes—an increase of 7.2% and the largest number of fatalities since 2007. And, the numbers for 2021 look even worse, as NHTSA estimates 8,730 people died in motor vehicle traffic crashes in the first three months of the year.

While the reasons for this increase are being studied, the AAA Foundation’s TSCI reveals some areas of admitted driving behavior that remain stubbornly high, despite declining since 2018: speeding and using a cell phone. Unfortunately, drivers who participated in the TSCI survey admit to risky driving behaviors despite knowing that loved ones, family or friends would strongly disapprove. Cell phone use is one such area where perception and behavior do not match.

The proportion of people who believe people who are important to them would somewhat or completely disapprove of the following distracted driving behaviors, which shows that these behaviors are becoming more socially unacceptable

* indicates a change is statistically significant at the 95% confidence level.

“Downward trends in self-reported impaired driving, red-light running, and drowsy driving is the kind of progress we need to curb the recent spikes in traffic fatalities,” said Montrae Waiters, AAA-The Auto Club Group spokeswoman. “It’s my hope we are turning a corner, and drivers understand the importance of devoting their full attention to being safe on the road.”

AAA recommends these safety tips to keep in mind:

The annual TSCI identifies attitudes and behaviors related to traffic safety. The survey data are from a sample of more than 2,800 licensed drivers ages 16 or older who reported driving in the 30 days before the survey, which was administered between October 23 and November 23, 2020. The AAA Foundation issued its first TSCI in 2008, and the latest report is online: AAAFoundation.org

About the AAA Foundation for Traffic Safety: Established in 1947 by AAA, the AAA Foundation for Traffic Safety is a nonprofit, publicly funded, 501(c)(3) charitable research and educational organization. The AAA Foundation’s mission is to prevent traffic deaths and injuries by researching their causes and by educating the public about strategies to prevent crashes and reduce injuries when they do occur. This research develops educational materials for drivers, pedestrians, bicyclists, and other road users.

The Auto Club Group (ACG) is the second largest AAA club in North America with more than 14 million members across 14 U.S. states, the province of Quebec and two U.S. territories. ACG and its affiliates provide members with roadside assistance, insurance products, banking and financial services, travel offerings and more. ACG belongs to the national AAA federation with more than 62 million members in the United States and Canada. AAA’s mission is to protect and advance freedom of mobility and improve traffic safety. For more information, get the AAA Mobile app, visit AAA.com, and follow us on Facebook, Twitter and LinkedIn.