A concerning number of Washington state drivers involved in fatal crashes are testing positive for recent use of marijuana, according to new research from the AAA Foundation for Traffic Safety. 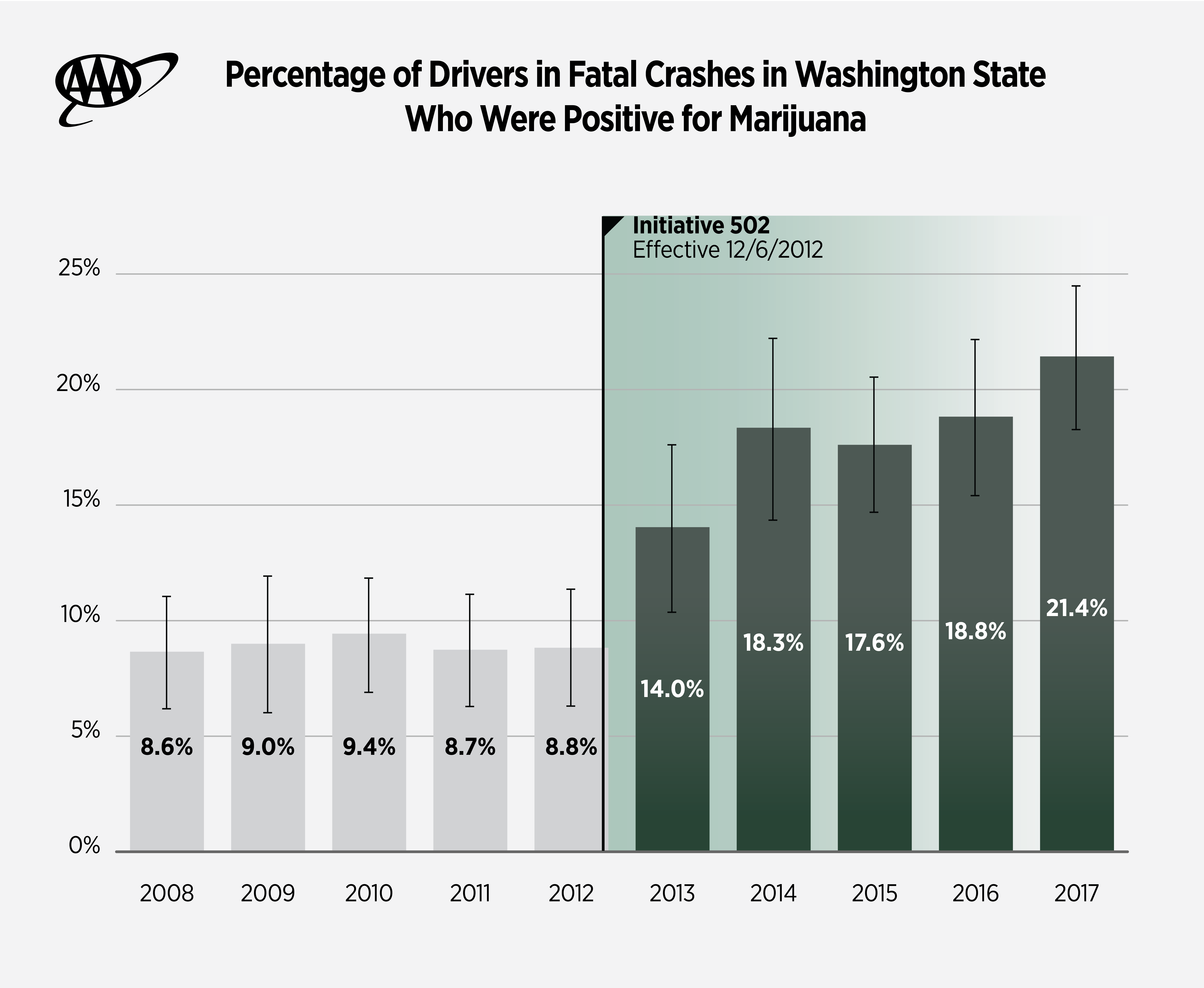 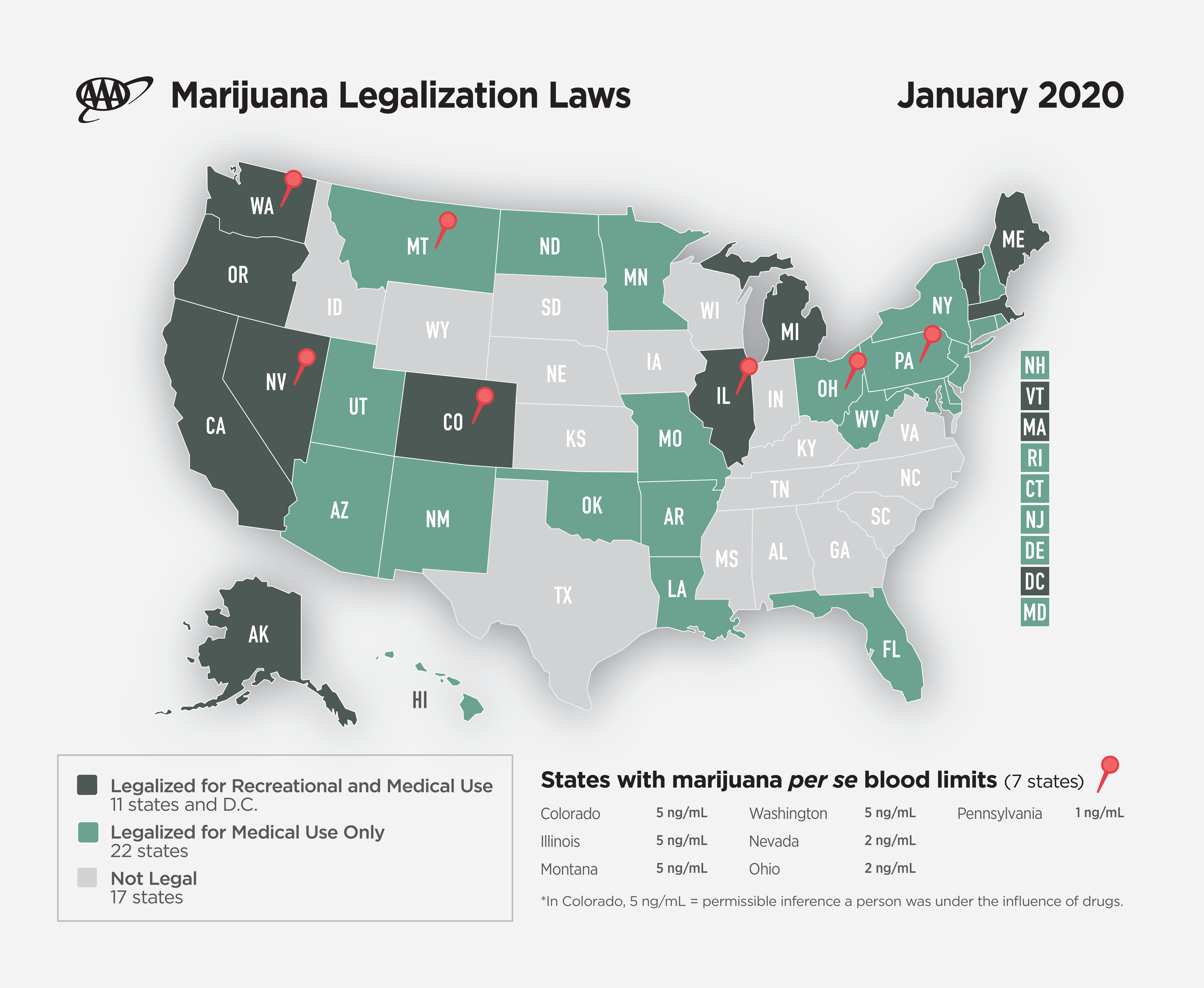 As the nation’s foremost proponent of traffic safety, AAA has long been committed to effectively reducing the number of crashes, injuries and fatalities caused by impaired driving and our policies reflect that commitment.

AAA - The Auto Club Group urges all motorists to avoid driving while impaired by alcohol, marijuana, or any other drug.  AAA’s interest in the issue has less to do with the cause of the impairment, but rather the risk that’s introduced when people get behind the wheel while impaired.

AAA’s Commitment to Testing the Effects of Marijuana on U.S. Roadways