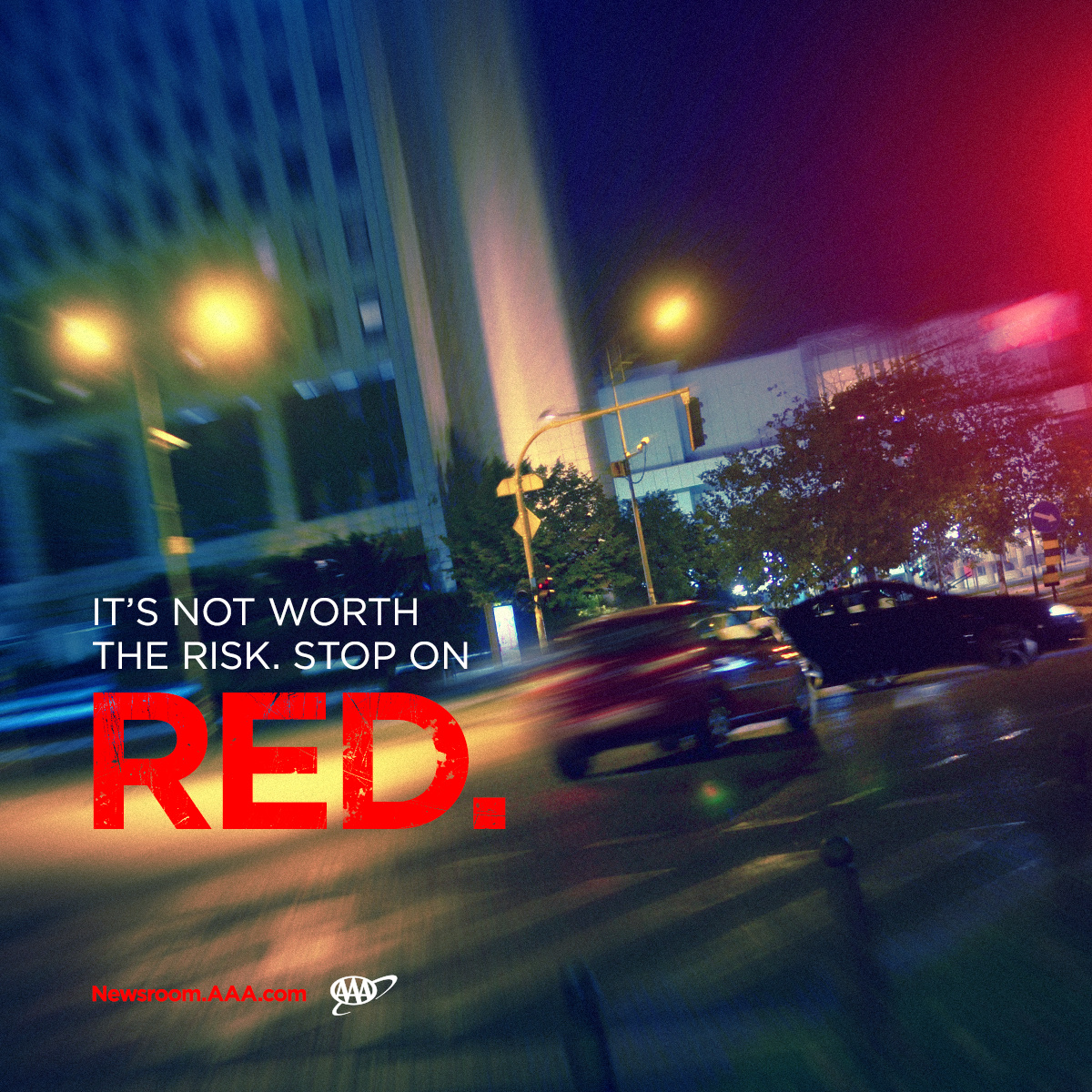 ATLANTA, Ga. (August 29, 2019) — Drivers running red lights kill at least two people daily- an alarming trend that has safety experts urging drivers to use caution and pedestrians and cyclists to be alert. According to new data analysis performed by the AAA Foundation for Traffic Safety, 939 people were killed in red light running crashes on U.S. roads in 2017- a 10-year high, and a 28% increase since 2012.

“Drivers who decide to run a red light when they could have stopped safely are making a reckless choice that puts other road users in danger,” said Dr. David Yang, executive director of the AAA Foundation for Traffic Safety.

The AAA Foundation reported that 28% of the crash deaths occurring at signalized intersections are the result of a driver running a red light. Nearly half of those killed in red light running crashes were passengers or occupants of other vehicles.

“The data shows that red light running continues to be a traffic safety challenge. All road safety stakeholders must work together to change behavior and identify effective countermeasures,” continued Yang.

According to the AAA Foundation’s latest Traffic Safety Culture Index, 85% of drivers view red light running as very dangerous, yet nearly one in three say they blew through a red light within the past 30 days when they could have stopped safely. More than 2 in 5 drivers also say it is unlikely they’ll be stopped by police for running a red light. Nevertheless, it’s against the law and if a

driver is involved in a deadly crash, it could send them to jail.

While police can’t realistically be at every intersection, enforcement is the best way to get drivers to comply with any law. The Insurance Institute for Highway Safety (IIHS) found that when properly implemented, red light cameras reduced the fatal red light running crash rate in large cities by 21%. The same IIHS study found the cameras reduced the rate of all types of fatal crashes at

intersections with signals by 14%.

Proper implementation of red light cameras helps to ensure drivers’ safety and trust in the systems. When using red light camera programs, local governments should incorporate best practices, such as:

About The Auto Club Group

The Auto Club Group (ACG) is the second largest AAA club in North America. ACG and its affiliates provide membership, insurance, financial services and travel offerings to over 9.9 million members across eleven states and two U.S. territories including Florida, Georgia, Iowa, Michigan, Nebraska, North Dakota, Tennessee, Wisconsin, Puerto Rico and the U.S. Virgin Islands; most of Illinois and Minnesota; and a portion of Indiana. ACG belongs to the national AAA federation with more than 59 million members in the United States and Canada and whose mission includes protecting and advancing freedom of mobility and improving traffic safety. Motorists can map a route, identify gas prices, find discounts, book a hotel, and access AAA roadside assistance with the AAA Mobile app for iPhone, iPad and Android. Learn more at AAA.com/mobile. Visit AAA on the Internet at AAA.com.