The "100 Deadliest Days of Summer" Have Begun

The period, which runs from Memorial Day to Labor Day, results in the largest number of crash fatalities involving a teen driver

In the past five years, the following occurred during the “100 Deadliest Days”:

Crashes for teen drivers increase significantly during the summer, because inexperienced teenage drivers are out of school and on the road more often. Despite the staggering statistics, research from the AAA Foundation for Traffic Safety found that nearly two-thirds of people injured or killed in a crash involving a teen driver are people other than the teen behind the wheel.

“Statistics like these can make for an unsettling summer for parents of teenage drivers," said Mark Jenkins, spokesman, AAA - The Auto Club Group. "The combination of inexperience and more time on the road, especially at night, gives teens a higher probability of being in crashes. AAA urges parents to lead by example when driving, and talk to their teens about the importance of being safe and avoiding reckless behaviors."

According to new crash data from 2013-2017, the major contributing factors to fatal teen crashes during the summer driving period are: 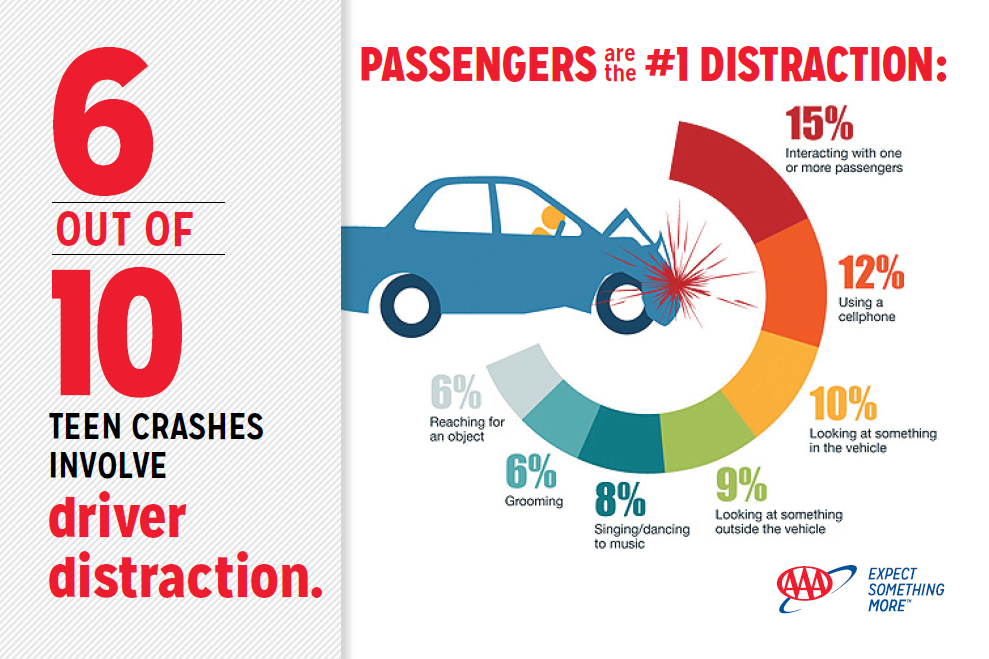 More than half of teen drivers (52 percent) in the AAA Foundation’s latest Traffic Safety Culture Index report reading a text message or email while driving in the past 30 days and nearly 40 percent report sending a text or email. It is difficult for law enforcement to detect distraction following a crash, which has made distracted driving one of the most underreported traffic safety issues.

Additional AAA Foundation research using in-vehicle dash-cam videos of teen driver crashes found distraction was involved in 58 percent of teen crashes, approximately four times as many as federal estimates. Driving with other passengers younger than 21 topped the list of all distractions, causing even more crashes than cell phones.

"When young drivers share the car with their friends, the focus can easily shift away from the road; dramatically reducing their ability to react to a hazard ahead," said Jenkins. "AAA urges teens to be good passengers. Help the driver stay focused, and assist them as needed with adjustments to things like the AC, music or GPS."

HOW TO CURB THE PROBLEM

“Parents can do so much in setting teens up to be a safe driver, yet it’s the teens themselves who are ultimately responsible for practicing safe driving habits,” said Jenkins. “AAA urges all drivers to store their phones out of reach, mind the speed limit, and stay away from impairing substances like alcohol and marijuana. This can help prevent many crashes from ever occurring.” 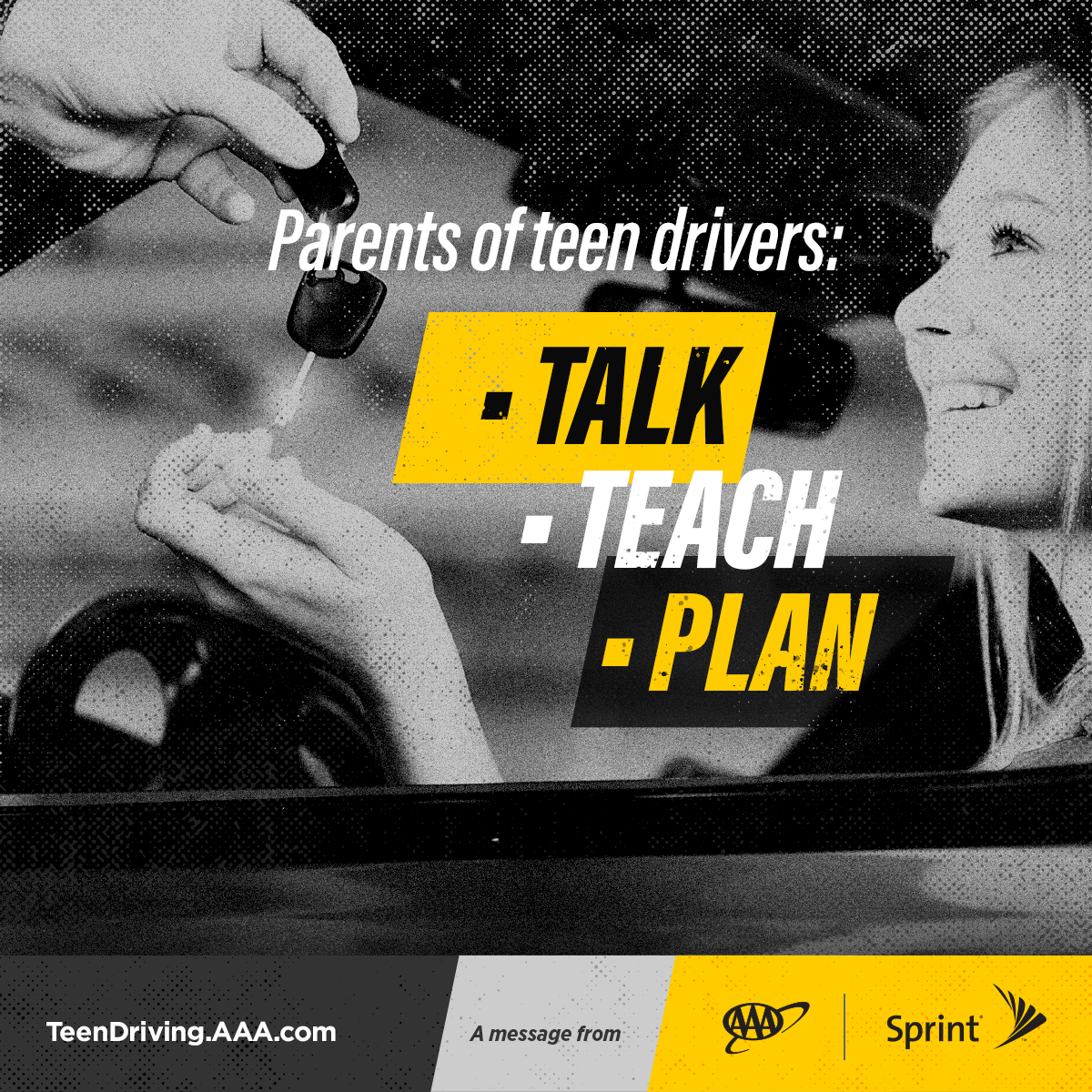 AAADrive™ is a free feature within the AAA Mobile app that can help parents keep their new teen driver safe. Available to AAA members and insureds, it allows parents to set limits for their teen such as when they can drive, where they can drive and how fast they can drive. Download it by texting MOBILEAPP to 99513.

About the AAA Foundation for Traffic Safety

Established in 1947 by AAA, the AAA Foundation for Traffic Safety is a not-for-profit, publicly funded, 501(c)(3) charitable research and educational organization. The AAA Foundation’s mission is to prevent traffic deaths and injuries by conducting research into their causes and by educating the public about strategies to prevent crashes and reduce injuries when they do occur. This research is used to develop educational materials for drivers, pedestrians, bicyclists and other road users. Visit www.AAAFoundation.org.